All Vows: New and Selected Poems by David B. Axelrod 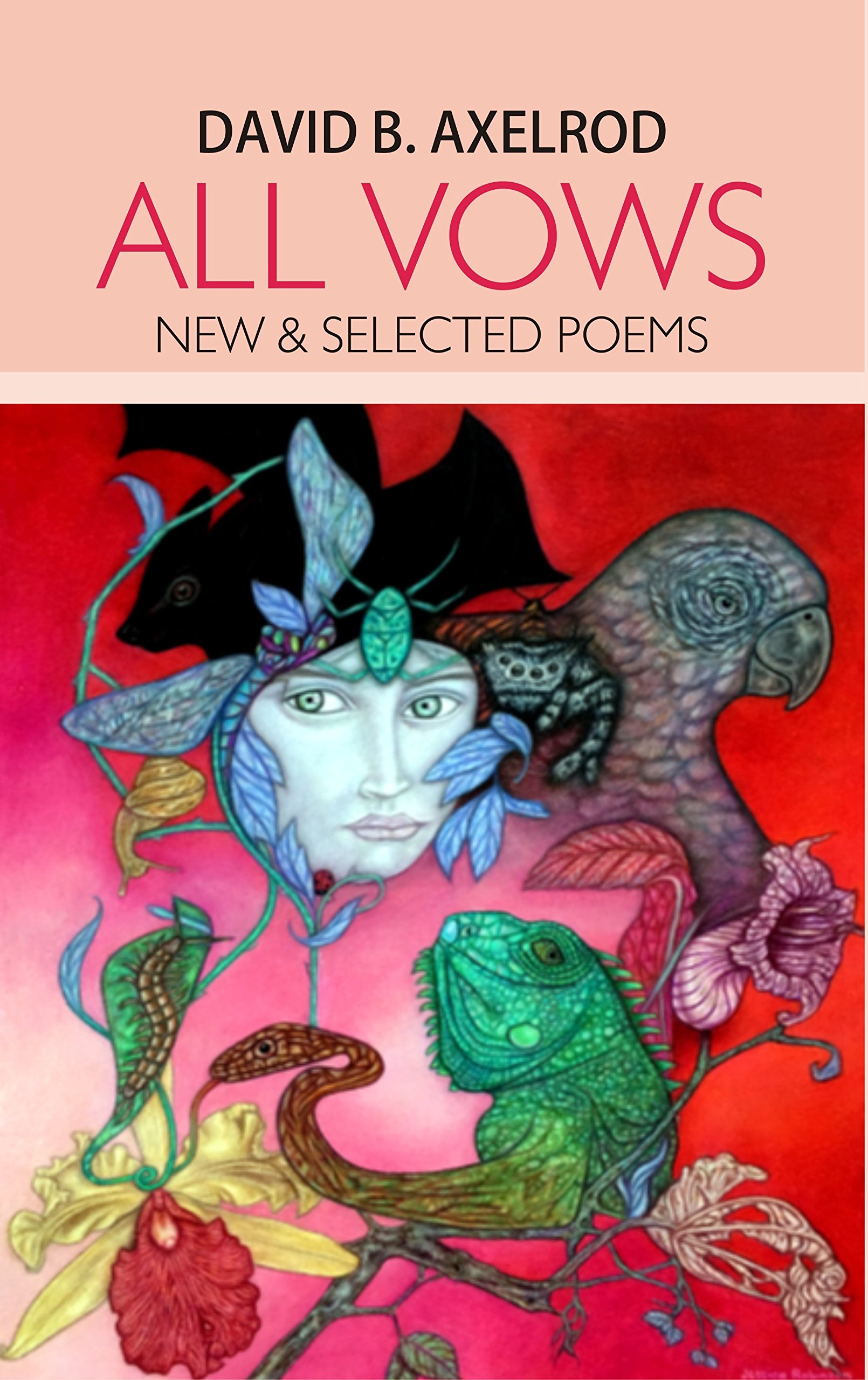 All Vows: New & Selected Poems is the most thorough selection from most vibrant contemporary American voice, David B. Axelrod. A result of his forty-plus years as a professional poet, the book is divided almost equally between new work and poems going back to his first book published in 1968. However, the contents are arranged thematically rather than chronologically including poems dealing with family, nature, sports; poems about prejudice and politics; covering a host of topics ranging from the sacred to the profane.

Current Volusia County, Florida, Poet Laureate, Axelrod writes in direct but clever language—more witty than metaphoric. A poem entitled “Sun Worship,” that recounts the warnings of his dermatologist, ends with the lament, “No one can tell me Vitamin D stands for death.”

Celebrated American poet, editor and anthologist, X. J. Kennedy, commenting on a previous Axelrod collection, said, “For all the artfulness of his poems, there is something unliterary about them—that is, they don’t smell of the scholar’s lamp, they seem at times to have turned up in the Lost & Found department of a hotel in Long Island City.”

That easy artfulness is reflected in the comments of Florida’s State Poet Laureate, Peter Meinke: “Many of us have been reading David B. Axelrod’s approachable, wise, and witty poems for decades, so it’s a real treat to have so many of them collected in one book. All Vows deserves a wide and appreciative readership.”

All Vows, with topics from backseat driving to xenophobia, autograph collecting to valentines, is not just an enjoyable read, it is teachable text for poetry, and to make that point, those ordering the book for classroom use can request a free copy of Lessons for All Vows: A Student & Teachers Poetry Guide. The book of new and selected poems has ample samples of a variety of styles, sonnets, haikus, tankas, and poems that serve as prompts for those who write poems of their own. William Stafford, whose own poems were renown for their simple artfulness, described Axelrod’s work as, “Poems to cherish and pass around … a prize to keep.”